I’ve read Catch-22 probably ten times at this point. It was assigned reading for senior year of high school AP English. I read it (quickly) and then never stopped reading it. I wrote my AP English final essay on the character of the chaplain. I took it with me to my undergraduate visit. It had a huge impact of my sense of humor, my overall distrust of authority, and probably has contributed to all the times where something horrible in my life has happened and I can’t help but laugh. 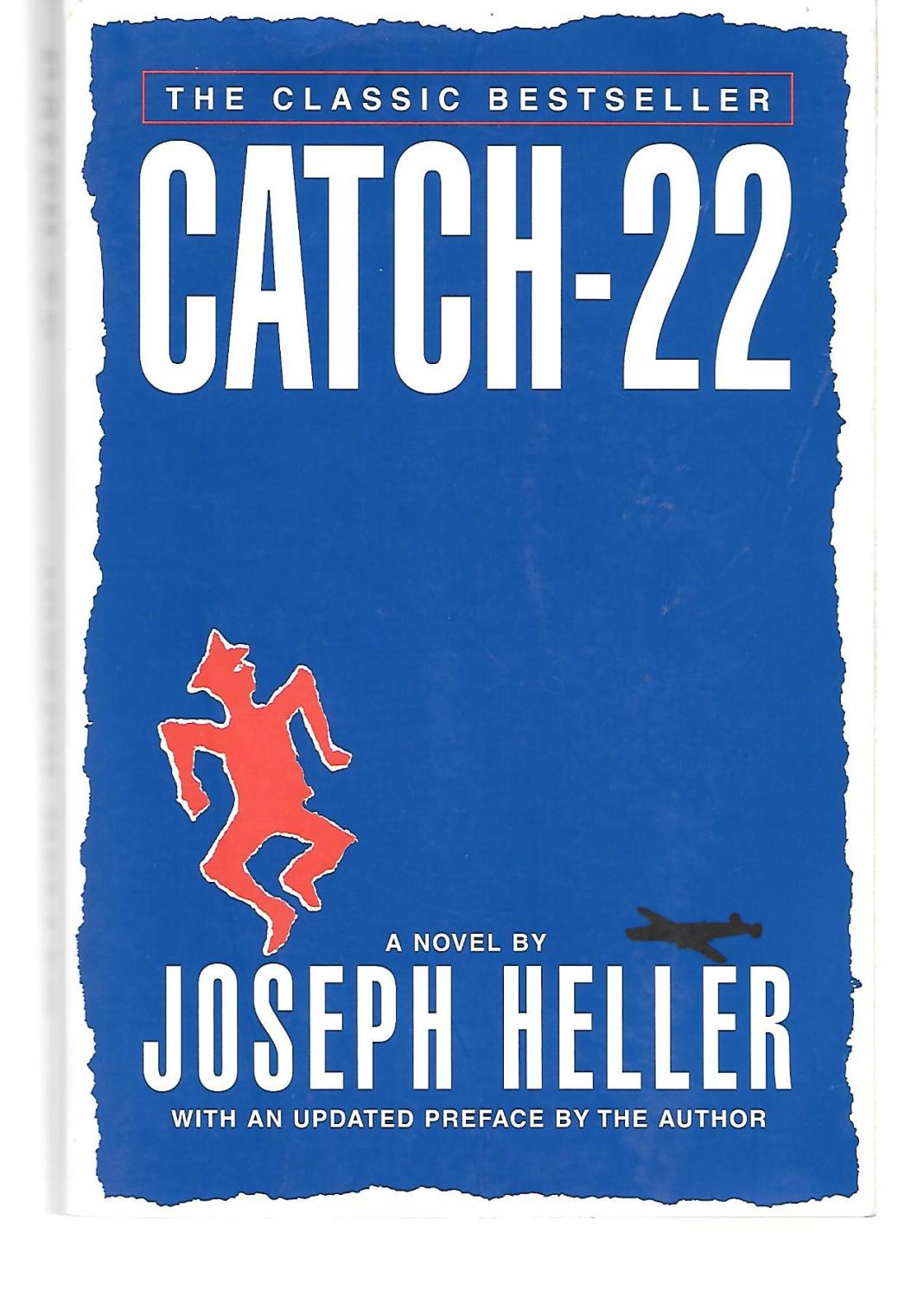 The novel focuses on Yossarian, a bomber pilot in the Italian theatre of the Second World War, who is really just trying to stay alive. To that end he’ll lie about illness, skip out on his duties, sabatoge his own plane, and interfere in his unit by moving the bombing line so his commander thinks they don’t have to fly a super-dangerous mission. Yossarian is a coward, which makes him a hero to me - not a traditional military hero (wasn’t World War 2 a “good war”?), but someone deeply in love with an idea of how life should be. He doesn’t want to sacrifice his life for a greater cause; he wants to live his life, and he won’t be a sucker for a greater cause that might end up with him dead.

The central conflict is that Colonel Cathcart, Yossarian’s superior, wants to be a General, and so decides to make sure the men in his unit flies the most missions out of any of any other bomber wing. Every time Yossarian gets near the required mission count, Colonel Cathcart raises the number of required missions. And so Yossarian must continue to fly missions, even though it directly contradicts his desire to not die.

“The enemy,” retorted Yossarian with weighted precision, “is anybody who’s going to get you killed, no matter which side he’s on, and that includes Colonel Cathcart. And don’t you forget that, because the longer you remember it, the longer you might live.”

My history with the source material makes me uniquely biased in my assessment of the Catch-22 miniseries, which is now available on Hulu. I have no idea why anyone thought that Catch-22 needed to be a miniseries but I’ll confess my original reaction was positive - I think it could work as a 22 minute episode, 13 to 18 season episode season in 30 Rock style. (Some of the emotional beats might be harder with a shorter episode count, but Party Down did this so well I know it can be done.) Unfortunately it’s ended up as a 6 episode 44 minute run, the main point of which seems to be that Yossarian gets super scarred by war.

I don’t care so much that they didn’t perfectly capture “what happened” in the book. The book has a lot of little stories and I don’t think they’re all required to adapt the source material. I think they would also be fine to change individual details, rewrite characters. Hell, I’d bet someone could adapt the novel and set it in Afghanistan post-9/11. Yossarian is an eternally modern character.

The main issue is that they didn’t capture the main appeal of the book, which is that it’s quite funny, while also being extremely dark. A standard chapter (there are 42 of them) focuses on some character, gives us a sense of their background, gives us a sense of how they react to certain events, and then inflicts a horrible tragedy upon them, end of chapter. On to the next. It’s a quite funny book.

As it is, the miniseries seems to adapt many of the things that happen in the book, without adapting anything about the actual tone of the book. In its place we have sort of a standard war movie with some jokes … a much more serious Stripes. 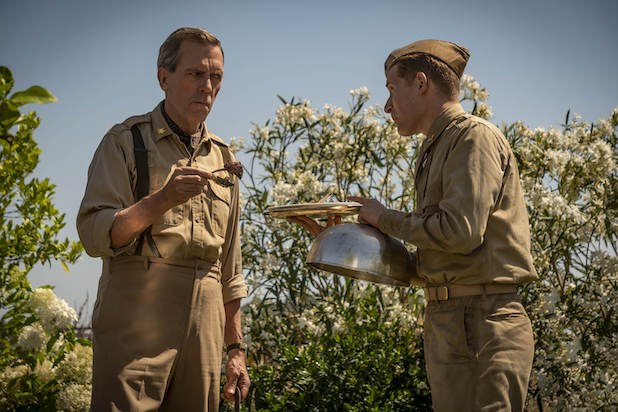 One of the major supporting characters is Milo Minderbender, a sociopathic capitalist who bends the logic of war by turning his mess hall job into a procurement operations that does business a plane flight away from their base in Sicily, including the enemy. The miniseries faithfully adapts his best stories from the book, but the episode format necessitates making him one of the main supporting characters. The stories are adapted on screen well, but I felt like the point of the character was blindingly obvious after 5 minutes and then the next 25 minutes it devoted to him was the exact same thing. We don’t learn anything new when near the end of the miniseries, Milo (for whatever reason) contracts with the Italians to bomb his own base.

Milo’s a big part of the book, but he’s not really part of Yossarian’s emotional journey (he’s more a living indictment of systems which reject human values). The miniseries completely diverges from this emotional journey, in a way such that I’m not sure they even understood the point of the book. In the book, Yossarian’s emotional journey is punctuated by his experience with Snowden, someone on his plane that he doesn’t know (he appears in no other chapters, and we don’t know anything about him as a person), with his insides falling out of his body after an encounter with enemy flak. Yossarian learns an important lesson from him:

This episode happens early in the book’s timeline, though the details of which are only revealed at the end. Before his encounter with Snowden, Yossarian mostly sat around and complained (at least he’s funny about it). Post-Snowden Yossarian is completely concerned with his self-preservation, but he still hasn’t figured a way out of his current life. He still flies the missions, and still sees his salvation through the power structure of the military. But the mission count still keeps rising, and Yossarian cannot escape.

His bunkmate Orr eventually shows Yossarian a way out. Orr is an awful pilot - he’s constantly crashing his plane, telling people insane stories about his past that make them hate him and want to leave, and is generally an idiot. At one point, Orr is presumed dead after he crashes his plane yet again. Near the end of the book, Yossarian learned that Orr has survived and escaped the hell of army life to the paradise of Sweden. Yossarian, seeing Orr can be liberated, sees a path that he can follow: he won’t fly his required missions and escape “the right way”; he will reject the system, leave everyone behind, and escape from the war alive. Thus the book ends - my memory of Yossarian is in the words of Conard: “a free man, a proud swimmer striking out for a new destiny”.

The miniseries adapts these characters and these episodes, but it’s not really clear what the whole point of Orr is. There’s an actor. He has some lines. Near the end of the miniseries Yossarian learns Orr made it to Sweden, to which Yossarian … doesn’t seem to care. He ends the miniseries totally resigned to the reality of his life - flying missions over and over and over. The end. In the concept of the miniseries, Yossarian was a bomber who complained a bunch, did a bunch of funny things, then got super-shellshocked. He ends up as submitting to the system that will kill him, and by the time we leave him, he is just waiting for his own random death.

This is a bad ending dramatically. How many other war movies and television shows have show characters in the military succumb to the horrors of war? (Just about all of them.) A character losing to these forces isn’t heroic, or anything really. This ending doesn’t work as adaptation of the source material and doesn’t work as its own independent statement. Yossarian is just another victim of shell-shock. Why did I watch this?

I don’t understand why they made this miniseries. I wish I hadn’t watched it, and I encourage you to not watch it. Catch-22 is eternally re-readable and it can always be read again.